We provide data services, including data cleaning, to businesses and organizations in all state of Northern California cities. With over 34 years of experience in the database business and data services industry, Northwest Database Services can solve your specific database needs with top-quality service and affordable prices. Contact us at (360)841-8168 so we can discuss your data services project and then plan a data project that will meet or exceed
your requirements.

Northern California Cities We Serve Include:

Do You Offer Services In All Northern California Cities?

What Is the Best Time to Remove Outliers While it may seem normal to want to eliminate outliers during data cleaning, this is not always the best practice. In reality, it is sometimes best to keep outliers in your data.

If you remove outliers purely because they are located in extremes of your data, it could lead to inconsistencies that can be detrimental to your goals as an analyst. These inconsistencies can lead to a reduction in statistical significance in an analyze.

What Does Statistical Significance Mean?

An Overview of Hypothesis Testing and Statistical Significance (P Value)

You are trying to draw conclusions from the data you have collected and analyzed. If you want to know the eating habits of New York City residents, you will gather data from a small sample (say 1000). You want to see if the findings can be applied to a larger population or if they are just a result of chance (or another influencing factor) when you analyze these data. This is done by determining the statistical significance of your findings.

What Is The Process For Hypothesis Testing?

The p value is a measure for probability. It tells how likely it is that your results were not due to chance. A p-value less than 0.05 indicates strong evidence against null hypothesis. This means that there is less than a 5 percent chance that the results were accidental. Your findings may be considered statistically significant in this instance. Your findings will be deemed statistically significant if your statistical significance test returns a p-value of greater than 0.05 These results may be accidental.

Find Out About Northern California 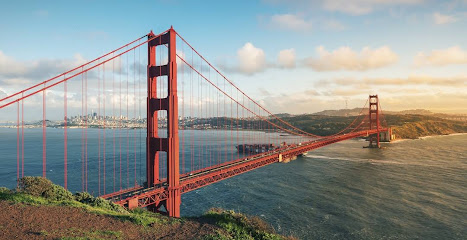 When Juan Rodriquez Cabrillo, a Spanish navigator, became the first European to explore the region that is currently California in 1542 when Native Americans inhabited it. There was pressure for settlement from missionaries who wished to convert Native Americans to Christianity which continued for the next few centuries. The start of the 19th century saw Spain colonizing the northern California region. It was in the 1830s when American troopers entered northern California and started to settle in the region. After the Mexican-American War ended in 1848, Northern California was ceded to the US and became the 31st state in 1850. the gold rush in Northern California from 1848 to 1855 was a major turning point for the region. People started arriving in the area by boat, leading to many becoming farmers and storekeepers. Even after the gold rush ended, more people continued to migrate to Northern California. After the First Transcontinental Railroad was laid in 1869, traveling west became easier. California became a major agricultural state and was known for growing crops such as tomatoes, grapes, almonds, and apricots.

Northern California has a moderate oceanic climate and receives higher rainfall than Southern California. The areas further away from the ocean have more of a Continental climate with hot and arid summers and cold winters. The temperature in the region ranges from the 90s to 50s in the summers and 50s to 30s in the winters. The mountains in the region remain covered with snow from mid-January through February. Fogs are quite frequent in the west and the coast, especially during the summer months, helping bring down the summer temperatures.

Northern California has a diversified economy and is one of the strongest economies in the world. It boasts a large number of companies in the technology and information-related sectors of software, biotechnology, medical instrument and devices, semiconductor, biomedical, clean power, and finances. It is home to Silicon Valley, a tech haven that is home to top tech companies, including Apple, Google, Hewlett Packard, Alphabet, Netflix, Adobe, eBay, PayPal, Zoom, Meta, LinkedIn, and others. Other significant industries in the region include agriculture, manufacturing, shipping, and tourism.

Material for information about Oregon first appeared in Wikipedia