Data Services In Portland OR At NW Database Services

Get The Best Database Services In Portland Oregon

We provide data services to businesses and organizations in Portland OR and all Oregon cities. With over 3 decades of experience in the database business, you won’t find a company that can solve your specific database needs with higher quality service or better prices than Northwest Database Services. No matter what your specific need is, our team will find a data service solution to suit your situation. 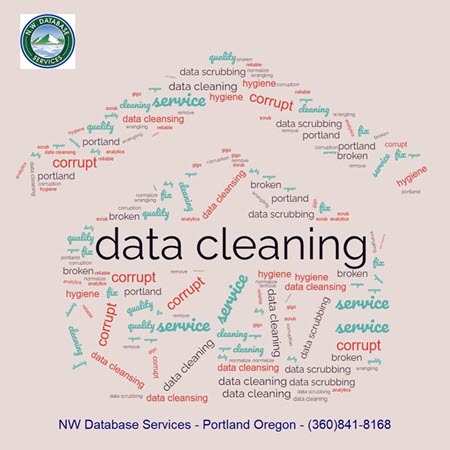 Visualizations Can Be Used to Spot Outliers

Data must be clean for it to be used for information. Data analytics relies on accurate data. If the data is corrupt, all data analysis will be inaccurate. Using visual representations is an excellent method for displaying data. However, it must be clean, non corrupt data to be useful.

Data analytics analysts create data visualizations in order to visually present data in a meaningful and compelling way to communicate their findings to the relevant stakeholders. These visualizations are able to show patterns and outliers in large amounts of data using charts, graphs, and maps.
This article will cover the various types of data visualizations. However, here are two options that data analysts could use to quickly find outliers.

Box Plots Can Be Used to Identify Outliers

It is easy to identify outliers by visualizing data in a box plot. The box plot will display the “box”, which represents the interquartile range (from lower quartiles to the upper), and any outliers outside of the “whiskers”. Each side represents the minimum and maximum data values. The prominent outlier will be the minimum value if the box is closer to the maximum whisker. The prominent outlier for boxes that are closer to the minimum-valued whisker would be the maximum value. You can easily create box plots in Excel or Python using a module like Plotly.

Scatter Plots Can Be Used to Identify Outliers

Scatter plots, as the name implies, show scatterplots which display the values of a dataset “scattered on an axis” for two variables. Outliers will be easily visible in scatter plot visualizations. These will be data points that are farthest from the regression line (a single line that is the most fitting the data). These visualizations can be created in Excel or Python, just like box plots.
How to Spot Outliers with Statistical Methods
Data analysts may employ statistical methods to aid in machine learning modeling. This can include identifying, understanding and, in some cases, eliminating outliers.
We’ll be discussing two common algorithms for identifying outliers. However, there are many other options that could prove more useful in your analysis.

Dbscan Can Help You Identify Outliers

DBSCAN (Density Based Spatial clustering of Applications with Noise), is a method for clustering that’s used in machine-learning and data analytics. DBSCAN graphically represents the relationships between features, trends, and populations within a dataset. It can also be used to detect outliers.
DBSCAN is a density-based clustering algorithm that uses non-parametric algorithms. It focuses on finding neighbors who are close together. Outliers are points that exist in isolated low-density areas, far from their neighbors.
DBSCAN is a data analyst and machine learning specialist that will be familiar to data analysts. It’s an algorithm that has been around since 1996. And, with it winning a ‘test-of-time award’ at a major data mining conference, it looks like it’s going on to stay a industry standard. DBSCAN implementations can be found in scikit, R and Python.Material for this article originally appeared on Career Foundry.

City of Portland OR Information 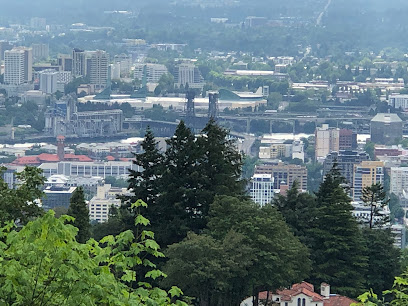 The largest city in the state of Oregon, Portland is a vibrant and scenic city. It is known for its large green spaces, parks, forests, and breathtaking views from the mountaintop. It is not just about the great outdoors; the city is cool and quirky, with plenty of places to shop, eat and drink.

The area of Portland was first occupied by the Chinook people, who established communities along the Columbia and Willamette rivers. The settlement in Portland began in the early 1800s by European pioneers when the Oregon Donation Land Act was passed by Congress. The law stripped the tribes of their land, which was given to the whites. The settlers claimed a large amount of tribal land, including the sites which became Portland a year later. It was officially incorporated under the name of Portland on Feb. 8, 1851.
Portland saw an inflow of Cantonese-Chinese people between 1860 to 1885. Portland’s Chinatown was the second largest in the US back in 1880 till 1910. After more immigrants came to Portland for labor opportunities, more businesses and neighborhoods opened up in the city. Portland became one of the biggest port cities in the 19th century and also a railroad hub. The population of Portland has grown since then, with people from many different cultures calling it their home. Today, Portland is a modern city with historical truths embedded deep in its core.

Portland has a moderate climate, meaning it has a pleasantly warm summer with almost no precipitation. Winters are mild except for a few nights when the temperature falls before zero. It rains quite a bit during the winter. The average temperature of Portland varies from 36°F to 84°F.

In the past few decades, Portland is seeing a fast population increase making it one of the fastest-growing cities in the US. Even though the city has a majority of the population of native-born Americans, there is also a large group of people from other ethnicities, including Asians, Hispanics, and others.
Most of the culture of the city is driven by its liberal, young, and well-educated population. However, the city is also accommodating to families with children. Portland also has a large population that has a religious affiliation.

Portland has an extensive public transit system for a city of this size. MAX Light Rain, TriMet buses, Portland Streetcar, and the Portland Aerial Tram make traveling within the city easy. Most of the popular attractions are connected via the public transit system and make up for the expensive parking throughout the city. The Portland International Airport also connects it to other cities around the US and abroad.

Manufacturing, trades, health, sports, and government provide a stable job market for the people in Portland, but professionals come here due to the growth in the technology sector. Portland is known as the “Silicon Forest” because of the multiple startups and tech companies making it their base. Some of the top companies in Portland include eBay, Xerox, Airbnb, Tektronix, Intel, and others. You’ll also find a number of local startups in the advertising and creative industry, such as NORTH and Wieden+Kennedy.