Get The Best Database Services In Phoenix Arizona

We provide data services to businesses and organizations in Phoenix AZ and all Arizona cities. With over 3 decades of experience in the database business, you won’t find a company that can solve your specific database needs with higher quality service or better prices than Northwest Database Services. No matter what your specific need is, our team will find a data service solution to suit your situation.

What Is Data Analytics?

Data analytics refers to the transformation of raw data into actionable, meaningful insights. It can be viewed as a type of business intelligence that solves specific problems or challenges within an organization. It is all about finding patterns within a data set that can give you useful information about a specific area of your business, such as how certain customer groups behave or why sales have dropped over a period of time.

Data analysts analyze the raw data to extract useful insights. These insights are then presented in visualizations such as charts and graphs so that stakeholders can comprehend them and take action. The type of analysis used will determine the types of insights that are gleaned. Data experts use four types of analysis: Prescriptive, diagnostic and predictive. Diagnostic analytics examines why something might have happened, while descriptive analytics analyzes the past. Prescriptive and predictive analytics look at what’s likely to happen in future. Based on these predictions, they determine the best course-of-action.

Data analytics can help you make sense of the past, predict future trends, and anticipate future behaviors. Instead of making decisions based on guesswork and basing them on the data, data analytics allows you to make informed decisions based on what it tells you. Businesses and organizations that adopt a data-driven approach can gain a deeper understanding of their market, their industry and their company. This will allow them to plan and make better decisions.

Although it might seem absurd to use statistics as a basic concept in a blog about data analytics, it is not. These terms are easy to assume when they’re used often.

Statistics is simply the field of applied math that deals in the collection, organization and analysis of data. It also includes interpretation and presentation. Do you find this sound familiar? You should. These are vital steps in data analytics. Data analytics can be described as statistics in many ways. Data analytics is the statistical analysis of a dataset or set of datasets. We tend to reduce it because that can be quite a mouthful.

Statistics are essential to data analysis because they are fundamental. The wide variety of statistical techniques available can be divided into two types: descriptive and inferential statistics. What is the difference?

Descriptive statistics are used to describe the visible characteristics of a dataset (a sample or population). Inferential statistics, on the other hand, focus on making predictions and generalizations about larger datasets based on a small sample of that data. It is important to first understand the meaning of sample and population before we can explore these two types of statistics. 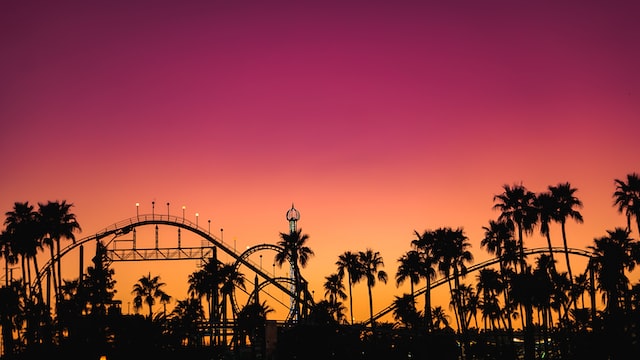 Phoenix was established in 1867 by an agricultural community at the confluence between the Salt and Gila Rivers. It was then incorporated in 1881 as a city. It was made the capital of Arizona Territory, in 1889. It lies in the Sonoran Desert’s northeastern reaches and enjoys a hot desert climate. Its canal system enabled a flourishing farming community. The original settlers’ crops, including cotton, citrus, alfalfa and hay, remained important components of the Phoenix economy for decades. The “Five C’s”, which were locally known as Phoenix’s economic anchors, were copper, cattle, citrus, climate and copper. These were the driving forces of Phoenix until World War II when high-tech firms moved into the valley. Air conditioning made Phoenix’s hot summers bearable.

Jack Swilling is the Confederate Civil War veteran who discovered the potential for farming in Wickenburg, Arizona Territory. This was the beginning of Phoenix’s history. He saw potential for agriculture to supply Wickenburg as he travelled through the Salt River Valley back in 1867. He also noticed the dirt mounds that had been eroded, which indicated the existence of canals previously dug by local people who had long since moved away from the area. In the same year, he founded the Swilling Irrigation and Canal Company. He dug a large canal to draw in water from the river and constructed several crops fields at a site that is now in the eastern part of Phoenix, near the airport. The fertile soil and lack thereof of frost made the area a popular destination for settlers. [36][37] Lord Darrell Duppa, one of Swilling’s original settlers, suggested the name “Phoenix” because it described a city that was born from the ruins a former civilization.

Phoenix is known for its desert climate (Koppen, BWh), which is typical of the Sonoran Desert. It is also the largest American city in this climatic zone. Phoenix experiences long, hot summers with mild winters. Phoenix is located in one of the sunniest areas on the planet, with a sunshine duration comparable to that of the Sahara. Phoenix enjoys the highest amount of sunshine, with 3,872 hours per year. The hottest major cities in America have the average high temperature in summer. There are an average of 111 days per year with temperatures above 100 degrees (38 degrees Celsius) and this includes most of the days between May and September. On average, 21 days per year, the highest temperatures reach 110 degrees (43 degrees Celsius). The temperature reached a record high of 122 degrees F (50 degrees Celsius) on June 26, 1990.

Phoenix was fifth in America’s most populous cities as of 2020. The census bureau put its population at 1,608,139. This is just one shy of Philadelphia, which has a population of 1,567.872. According to the 2010 United States Census, Phoenix was the sixth-largest city in America and the capital of the state of Arizona. Before the Great Recession, Phoenix’s population in 2006 was 1,512,986, which was fifth only to Philadelphia.

Phoenix Sky Harbor International Airport (IATA code PHX, ICAO code KPHX) is one of the ten busiest US airports. It serves more than 110,000 passengers on over 1000 flights daily. The airport is centrally located near major freeway interchanges east and downtown Phoenix. It serves over 100 cities with non-stop flight.

The early economy of Phoenix was based on agriculture and natural resource, particularly the five Cs (copper, climate, cotton and citrus). The city was made more accessible by the opening of the Union Station and the Southern Pacific rail line, which opened in 1926. Phoenix was affected by the Great Depression, but Phoenix had a diverse economic base and recovery was well underway by 1934. The valley’s economy exploded after World War II ended. Many of the men who had served their military training in Phoenix returned home with their families. Sun City’s development accelerated the growth of the construction industry. Sun City was the model for post-WWII suburban development. It also became the ideal location for retirement communities. Over a period of 40 years, the city experienced an average four percent annual growth rate from the mid-1960s through the mid-2000s.