Get The Best Database Services In Seattle WA

With over 3 decades of experience serving Seattle with our data services company, you won’t find an agency who can solve your specific database needs with higher quality service or better prices than Northwest Database Services. No matter what your specific need is, our team will find a data service solution to suit your situation.

Our Data Services Can Help Your Business Run Efficiently

Northwest Database Services is a full-spectrum data service that has been performing data migration, data scrubbing, data cleaning, and de-duping data services for databases and mailing lists for 34+ years.  We work with Seattle businesses, organizations, and agencies of any size and any niche.

What Is Data Cleaning? 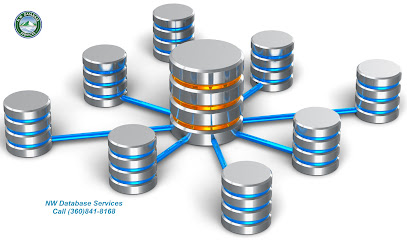 Data cleaning, also known as data cleansing, is the act of correcting or removing corrupt or incorrect records from a record set or table. It involves identifying incomplete, inaccurate, inaccurate, irrelevant, or irrelevant data, and then replacing, modifying, or deleting the bad or dirty data. Data cleaning can be done interactively using data wrangling tools or batch processing via scripting and a data quality firewall.

Why Should Data Sets Be Compatible?

A data set should be compatible with all other data sets within the system after it has been cleaned. Inconsistencies that are detected or corrected may be due to user errors, corruption in transmission or storage, and/or different data dictionary definitions for similar entities in different stores.

How Does Data Validation Differ From Data Cleaning?”

Data validation is different from data cleaning in that data is almost always rejected at entry. Instead of performing batches of data, data cleaning is done at the time of entry.

Data cleansing can include correcting errors, validating and adjusting values against a list of known entities, or removing typographical errors. Validation can be very strict, such as rejecting addresses without a valid postcode (aka Zip Code in the U.S.). It may also include fuzzy matching or approximate string matching (such as correcting records that are only partially compatible with known records). Data cleansing solutions can be used to clean data by cross-checking it with a valid data set. Data enhancement is a common method of data cleansing. This involves making data more complete by adding relevant information. Appending addresses to any associated phone numbers is one example of data enhancement. Data cleansing can also include harmonization (or normalization of data), which is the process to bring together “various file formats, name conventions, and columns” and transform them into one cohesive data set. 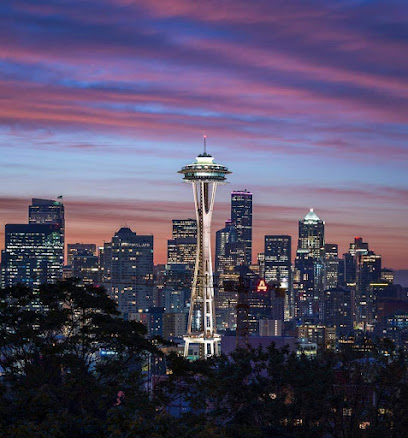 Why Is Seattle WA An Important City?

Seattle Washington is a major business hub with large international corporations like Microsoft, Amazon, QFC, Starbucks, Boeing, and Costco located in the metropolitan area. NW Database Services has experience working with Seattle companies and we are very pleased to be part of the Seattle business community. The following information is just a small part of the unique and interesting Seattle story.

What Are The Seattle Demographics?

Seattle is a seaport on the West Coast of America. It is Washington’s seat. It is home to 737,015,[2] the largest city in Washington state and the Pacific Northwest region. The population of the Seattle metropolitan area is 4.02 million, which makes it the 15th largest in the United States. It is one of the fastest-growing large cities in the country, with a 21.1% growth rate between 2010 and 2020.

Seattle lies on an island between Puget Sound, a Pacific Ocean inlet, and Lake Washington. It is located approximately 100 miles (160km) south of Canada’s border. As a major gateway to East Asia trade, Seattle is currently the fourth-largest North American port for container handling.

Before the arrival of permanent European settlers, Seattle was home to Native Americans for at most 4,000 years. Arthur A. Denny arrived in Illinois with a group of travelers, later known as the Denny Party. They traveled via Portland, Oregon on the schooner Exact to Alki Point on November 13, 1851. In 1852, the settlement was moved to Elliott Bay’s eastern shore and named “Seattle”, in honor of Chief Si’ahl from the local Duwamish/Suquamish tribes. Seattle is home to high numbers of Native, Scandinavian and Asian American, European American, Asian American, African American, and other ethnicities. It also boasts a vibrant LGBT community, which ranks sixth in the United States.

Seattle’s first major industry was logging. However, by the end of the 19th century, Seattle had grown to be a port and shipbuilding hub as an entry point to Alaska during Klondike Gold Rush. The local Boeing company was a key factor in Seattle’s growth after World War II. It established Seattle as an aircraft manufacturing center.

What Are Major Companies In Seattle?

From the 1980s, Seattle became a major technology hub. Bill Gates, the founder of Microsoft, was born in Seattle. In 1994, Amazon, an internet retailer, was established in Seattle. Alaska Airlines, a major airline, is located in SeaTac in Washington. It serves Seattle’s international airport, Seattle–Tacoma International Airport. The city experienced an economic revival thanks to the influx of software, biotechnology and Internet companies. This resulted in a nearly 50,000-plus increase in population between 1990 and 2000.

Seattle has a rich musical heritage. Between 1918 and 1951, nearly two dozen jazz nightclubs existed along Jackson Street, from the current Chinatown/International District to the Central District. Ray Charles, Quincy Jones and Ernestine Anderson were all influenced by the jazz scene. Seattle is also home to Jimi Hendrix and other rock and roll artists.