Get The Best Database Services In San Jose California

We provide data services to businesses and organizations in San Jose CA and all California cities. With over 3 decades of experience in the database business, you won’t find a company that can solve your specific database needs with higher quality service or better prices than Northwest Database Services. No matter what your specific need is, our team will find a data service solution to suit your situation. 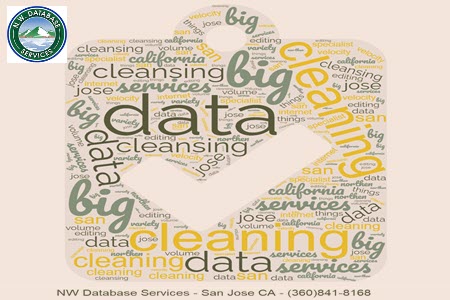 Why Is Big Data Important?

Big data is all around. But what is it and how does it differ from “ordinary” data.

Every action you take leaves behind data, both online and offline. Humans have left their informational footprints since the dawn of time. This includes the initial tallies that ancient civilizations used to track inventories and the first census in 3800 BCE. It is easier than ever to capture all types of data thanks to the rapid digitalization over the past 30 years.

What Is Big Data?

John Mashey, a computer scientist and inventor of the term “big data”, is believed to have created it in the early 1990s. However, the concept gained momentum in the 2000s. This is due to a variety of factors, including the Internet of Things’ advent, our love for smart, connected devices and the widespread use of social media. We are generating massive amounts of data every day, and it is happening very fast. This is what big data is, large amounts of data that can be processed with traditional methods but are often too complex and fast.

But how big is “bigdata”? What does it mean to say “fast” when we use the word big data? Douglas Laney, a leading data analyst at Gartner, developed the three Vs of big-data in 2001. They are Volume, Velocity and Variety. These characteristics help to distinguish big data from ordinary data.

What Are The Three Vs Of Big Data?

Why Is Data Cleaning Important For Big Data?

Big data is complex because of the constantly increasing amount of structured and unstructured data gathered from many sources. These sources could include mobile devices, GPS systems, and sensor application servers. A different source of data can be converted into a completely different format. Data scientists can’t make sense of data until it is converted into a single form.

A serious issue is that metrics and logs come in many forms. This makes it difficult to both analyze and correlate the data and almost impossible to distinguish between them. The metrics’ data format is very short. It describes metrics beyond the measurable value. This includes location, type, grouping, time, and measurement. Applications or infrastructure generate logs that provide details to the operational team to help them analyze an operational or security event. Logs are generally longer than metrics and can take many forms. Sometimes, even though the logs are standardized, developers can define their format.

Data cleaning is not just about eliminating errors but also transforming log data and metrics into a common format. This provides teams with shared insights across the entire application environment. 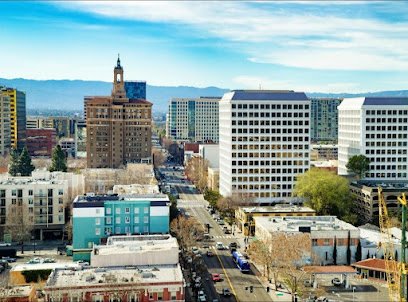 Located on the southern shore of San Francisco Bay, San Jose is the largest city in Northern California, both by area and by population. The city is just an hour away from San Francisco and is a tourist hot spot. There are plenty of things to do in San Jose, including heritage attractions, natural scenery, and picturesque hiking trails. With the tech movement and educational opportunities, many young professionals and families are moving to the city.

Before the first Spanish settlers arrived in the San Jose area in 1777, it was inhabited by the Ohlone Indians. The Spanish settlers named the area Pueblo de San Jose de Guadalupe in the name of Saint Joseph. They were attracted to the area because of the availability of drinking water and the water connected to nearby cities. The main occupation of the people during that time was farming and agriculture. The area started to grow gradually, and it was in the 1840s that Americans started to arrive in the area.
Owing to its rapid growth, San Jose was declared the first state capital of California in 1849. The arrival of the railroad in 1864 helped improve connection and made it easy for them to distribute farming products. Until the 1940s, the city industries remained focused on food processing but moved to produce durable goods as well.

The climate of San Jose is the Mediterranean type, with hot and sunny summers and mild and rainy winters. The summer season is consistent with warm sunny days, while the winters are cool and mild. Snow is extremely low here, with just a handful of snow reported in the past 100 years.

San Jose is rich in cultural history and has an ethnically diverse population. Many different cultures have influenced San Jose during the evolution from a Spanish pueblo to a tech hub. Whites make up the largest racial composition. At the same time, the large Asian and Hispanic communities make up three-fifths of the total population. Singles and students prefer to live downtown, while couples with kids and retirees are drawn to the Willow Glen and suburban areas of Blossom Valley and Cambrian.

Most residents rely on cars, but other public transportation options are also available. The light rail and bus system connects all the major points of interest in the city. There are also a number of coach bus companies allowing residents to reach different places within San Jose. Amtrak and Caltrain are also great options to travel between San Jose and San Francisco. The Mineta San Jose International Airport is located in central San Jose but serves a few flights only. However, San Francisco International Airport is located just 30 minutes away, and most residents rely on it to fly in and out of San Jose.

Today, San Jose’s economy has moved from farming to tech products, such as manufacturing materials used in electronics and space. Some of the major global tech companies in San Jose include eBay, Cisco Systems, PayPal, Zoom, Hewlett Packard Enterprise, Broadcom, and Samsung; all have their headquarters in San Jose. There are also a number of food processing companies and canneries that feed the entire country.