Get The Best Database Services In San Antonio Texas

We provide data services to businesses and organizations in San Antonio TX and all Texas cities. With over 3 decades of experience in the database business, you won’t find a company that can solve your specific database needs with higher quality service or better prices than Northwest Database Services. No matter what your specific need is, our team will find a data service solution to suit your situation.

Regression analysis: This method is used to determine the relationship between variables and see if they have any correlation. Regression can be used to forecast future trends and make predictions.

Cohort analysis: A cohort can be defined as a group of people that share an attribute or behavior over a time period. For example, a cohort made up of students who started university in 2020 or customers who bought via your app during February. Cohort analysis basically divides your data into cohorts, and analyses how they behave over time. This is particularly useful in identifying patterns and adapting your products or services to them.

Cluster analysis: This exploratory technique is used to find patterns in a dataset. Cluster analysis is a way to group data points into groups that can be both internally homogeneous and externally heterogeneous. In other words, data points in a cluster may be similar but not the same as data points from other clusters. Clustering can be used to determine how data is distributed within a dataset or as a preprocessing step in other algorithms.

Time series analysis: This can be used to identify patterns and cycles over time. A time series is a collection of data points that measure the same variable at different times. For example, weekly sales figures or monthly sign-ups for email. Analysts can predict how the variable of their interest will fluctuate in the future by looking at trends over time. This is extremely useful when making business decisions.

What Data Should I Use in My Research?

Now we are able to distinguish between qualitative and quantitative data. When should you use qualitative or quantitative research? The type of project and the client for which you are working will determine this answer. These are some guidelines to help you get started:

Quantitative research is used when it is necessary to verify or validate a hypothesis or theory. If the data can be clearly shown in numbers. A city census shows the total number of residents, their incomes, and other pertinent information. 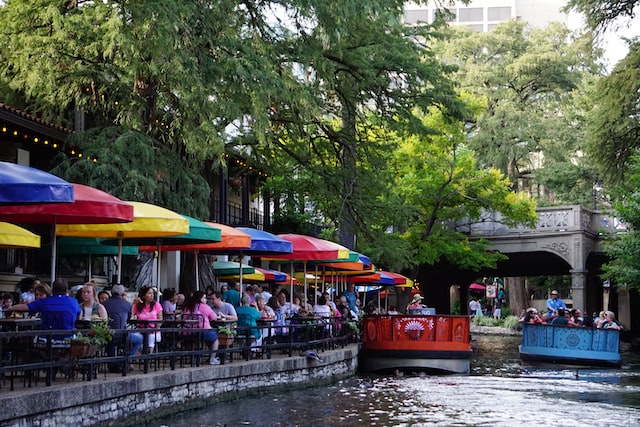 The Payaya lived in San Pedro Springs, near the San Antonio River Valley at the time of European contact. Yanaguana was the name they gave to the area, which meant “refreshing water”. A group of Spanish missionaries and explorers came across the river and Payaya settlement in 1691. It was June 13, the feast of St. Anthony of Padua. In his honor, they named the river and place “San Antonio”.

It was many years before there was any Spanish settlement. Father Antonio de Olivares, a Spanish priest, visited the site in 1709. He was determined to establish a mission and civilian settlement. In late 1716, the viceroy approved a combined presidio and mission. He wanted to prevent French expansion from the colony of La Louisiane in the east. Also, he wanted to stop illegal trade with the Payaya. Martin de Alarcon was the governor of Coahuila y Tejas. He ordered the establishment of the mission complex. Construction was delayed because of differences between Alarcon, Olivares and the governor of Coahuila y Tejas. It did not begin until 1718. Olivares, with the assistance of the Payaya, the Pastia, built the Mision de San Antonio de Valero, (The Alamo), and the Presidio San Antonio de Belxar, which was the bridge connecting both the Acequia Madre de Valero and them.

San Antonio is characterized by a humid, transitional subtropical climate (Koppen classification: Cfa), which borders a semi-arid climate. This climate lies to the west of the city and has very hot, humid, and warm summers, with mild to cool winters. In winter, the area can be subject to cool to cold nights and descending northern coldfronts. It is also subject to warm and wet springs and autumns. San Antonio is located in USDA hardiness zones 8b (temperatures between 15 and 20 degrees F) or 9a (20°F to 25°F).

VIA Metropolitan Transit, the city’s transit authority, provides a bus and rubber-tired streetcar (bus), system. VIA started operating the bus rapid transit line VIA Primo in December 2012. It connects Downtown San Antonio with the South Texas Medical Center and Leon Valley, an independent enclave. VIA offers VIAtrans Paratransit Service which is a wheelchair-accessible ride-share service.

VIA Metropolitan Transit introduced buses powered by hybrid diesel-electric hybrid technology in August 2010. These hybrid buses are now in service on VIA’s express routes, which serve daily commuters throughout the city. The introduction of new vehicles powered with compressed natural gas in May 2010 led to the delivery of this set of hybrid buses. Three new buses were delivered by VIA in the fall 2010. They are powered from on-board battery electricity. These buses are VIA’s first revenue vehicles that have zero emissions and serve the Downtown core.

San Antonio boasts a diverse economy that generated a gross domestic product (GDP), of $121 billion in 2018. San Antonio’s economy is primarily focused on tourism, military, health, government-civil, professional and business services, as well as oil and gas. The city has been a major hub for American-based call centers and has also added a large manufacturing sector that is centered on automobiles since the dawn of the 21st Century. There is also a rapidly growing technology sector in the city. The South Texas Medical Center is located about 10 miles north of Downtown. It is a conglomerate consisting of several hospitals, clinics and research facilities (see Southwest Research Institute, Texas Biomedical Research Institute, and higher education institutions).