Get The Best Database Services In Tacoma WA

We provide data services to businesses and organizations in Tacoma WA and all Washington cities. With over 3 decades of experience in the database business, you won’t find a company that can solve your specific database needs with higher quality service or better prices than Northwest Database Services. No matter what your specific need is, our team will find a data service solution to suit your situation.
learn more 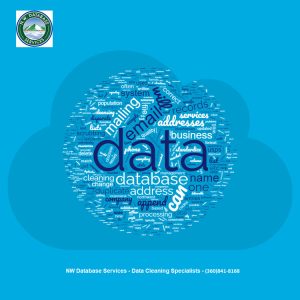 What Is The Definition Of Data Cleaning?

Data cleaning is frequently referred to as data cleansing. It involves correcting or removing incorrect records from a table or record set. This involves identifying incorrect, incomplete, inaccurate, or irrelevant data and then replacing, modifying, or deleting bad or dirty data. Data cleaning can be performed with data wrangling tools, batch processing via scripting, and a data quality firewall.

Why Do Data Sets Need To Be Compatible?

After it has been cleaned, a data set must be compatible with all data sets in the system. User errors, corruption of transmission or storage, or different data dictionary definitions for related entities in different stores may cause inconsistencies to be detected and corrected.

What Is The Difference Between Data Validation And Data Cleaning?

Data validation is different than data cleaning, in that almost all data is rejected at entry. Data cleaning takes place at the point of entry, and not in batches.

Data cleaning (aka data cleansing) includes correcting errors, validating or adjusting values against a known entity list, and removing typographical mistakes. Validation can be extremely strict. For example, addresses without valid zip codes (aka postal codes in the U.S.) may be rejected. This may include fuzzy matching and approximate string matching, such as correcting records not compatible with known records. Data cleansing can be done by cross-checking the data with a valid set. Data enhancement is a popular method for data cleansing. This is the process of making data more complete and adding relevant information. Data enhancement can be described as adding addresses to associated phone numbers. Data cleansing may also include data harmonization (or normalization) which involves the merging of “various file formats and name conventions with columns” into one coherent data set.

Northwest Database Services has 34+ years of experience with all types of data services, including mail presorts, NCOA, and data deduplication. If your database systems are not returning poor data, it is definitely time for you to consult with a data services specialist. We have experience with large and small data sets. Often, data requires extensive manipulation to remove corrupt data and restore the database to proper functionality. Call us at (360)841-8168 for a consultation and get the process of data cleaning started as soon as possible.

Information About The City Of Tacoma 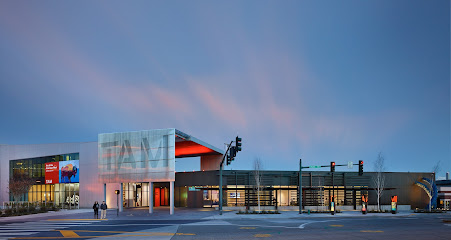 We really enjoy working with businesses in Tacoma WA and appreciate the businesses and organizations that have hired us for their data services.

Located less than an hour from Seattle, Tacoma is located in Pierce County. It is the third largest city in the State of Washington and a major port city. With a thriving job market, abundant natural beauty, and trendy culture, the city is aptly named the City of Destiny.

The original inhabitants of Tacoma, the Nisqually, and Puyallup, lived here for centuries before the European explorers arrived in the town. Captain George Vancouver was the first one to arrive and renamed the city’s native name to Tahoma and then to Tacoma. Once the railroad arrived in the region in 1883, Tacoma started to grow rapidly, which was pushed further due to the boom in Seattle during the gold rush. The town was incorporated as a city in 1875.

It was in the early twentieth century when Weyerhaeuser Timber Company was established in the area and gave a big push to Tacoma’s economy. In 1918, Tacoma became a U.S. Port of Entry, the first step to becoming one of the largest container ports in the region.

Tacoma has a mild climate throughout the year and is fairly comfortable. The average temperature here is between 35°F and 45 °F, with August being the warmest month and December being the coldest. Tacoma receives about 48.5-inch rainfall, with most of its rainfall during the winters and a little less during the summer.

Tacoma is a racially diverse city, with 40% of its population being Latino, African American, Asian and Pacific Islander, and Multiracial. Even though Tacoma is not a huge city compared to other major cities, it has a large proportion of young, single, and mobile professionals buying homes in the area.

As Tacoma offers more affordable housing than Seattle, many families looking for larger yet cheaper homes are moving to the area. The walkable neighborhoods, stunning views, and outdoor recreation make it a great place to settle down.

While most people living in Tacoma own a car, Tacoma has good public transit options that are safe and convenient. The Link Light Rain runs 365 days a year and is a free option for the residents. You can also hop on to their Pierce Transit bus that runs throughout the city. You can also comfortably commute to the nearby city of Seattle on the Sounder Commuter Rail or the regional express bus from the SeaTac metro area.

Tacoma is home to the 7th largest container port in the country. It has made it a strong trade partner globally, with it trading about $46 billion in goods every year and supporting more than 29,000 jobs in the area.

Affordable office space, excellent talent, and a lively community attract Silicon Valley tech companies along with new startups to the region. Major health companies such as Kaiser Permanente, Virginia Mason Franciscan Health, and MultiCare Health Systems have made it their base. The construction industry is also one of the fastest-growing industries in the region, with a growing demand for homes, office space, and industrial expansions. The University of Washington Tacoma and other top universities in Tacoma make it easier for these industries to hire the most talented people.