Database Services In All Washington Cities

Get The Best Database Services

We provide data services to businesses and organizations in all state of Washington cities. With over 3 decades of experience in the database business, you won’t find a company that can solve your specific database needs with higher quality service or better prices than Northwest Database Services. No matter what your specific need is, our team will find a data service solution to suit your situation.

Washington Cities We Serve Include:

Understanding The Importance Of Data Cleaning And Normalization 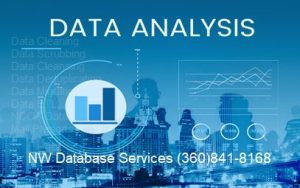 Data cleaning is an important aspect of data management. Data cleansing involves reviewing all data in a database and removing or updating any information that is incorrect, incomplete, duplicated or irrelevant. Data cleansing does not just involve erasing old data to make room for new data. It also involves finding a way that maximizes the accuracy of the dataset without tampering with it. Data cleaning is the act of correcting and identifying incorrect data. While organizations rely on data for many things, only a small number of companies properly address data quality.

to extract meaningful insights and knowledge from data, you need accurate data. Raw data is a mixture of inconsistent, unstructured and garbage that can lead to many problems. Even after it has been cleaned up, dirty data will still produce inaccurate results that are worthless. The data must be of high quality and clean to ensure that the decision-making by organizations is accurate and effective. Even though algorithms and outcomes may appear correct, they will be flawed if the data is inaccurate. Data hygiene and data cleansing are crucial to maintain data integrity.

The reliability and value of a brand can be greatly increased by utilizing data effectively and efficiently. Businesses have begun to place more emphasis on data quality. Data cleaning involves more than simply removing data. It also includes correcting spelling and syntactical mistakes, filling empty fields, and identifying duplicate records, to name just a few. Data cleaning is a fundamental step in data science. It plays an essential role in an analytic process that leads to reliable answers. Data cleaning can help eliminate costly processing errors and incorrect invoices.

What is Data Cleaning?

Data cleaning is an important aspect of data management. Data cleansing involves reviewing all data in a database and removing or updating any information that is incorrect, incomplete, duplicated, or irrelevant. Data cleansing does not just involve erasing old data to make room for new data. It also involves finding a way that maximizes the accuracy of the dataset without tampering with it. Data cleaning is the act of correcting and identifying incorrect data. While organizations rely on data for many things, only a small number of companies properly address data quality. 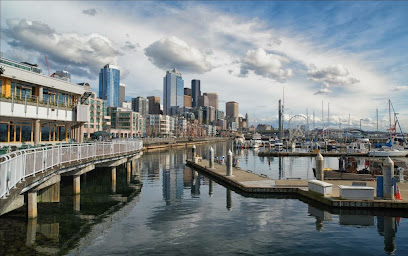 We’ve worked with several Washington companies and agencies to fix their corrupt databases. We always enjoy working with businesses, agencies, and organizations located in the state of Washington. If your Washington business is having difficulty with poor data quality, contact NW Database Services so we can get started right away fixing your data. We’ve added the following information just to let you know that we have a very substantial interest in Washington state and the businesses located in Washington.

Washington, also known as the State of the Washington Territory. Under the Oregon Treaty, it was ceded in 1846 by the British Empire in the settlement of the Oregon boundary dispute. The state is bordered to the west by the Pacific Ocean. Oregon, Idaho, and British Columbia are to its south. In 1889, it was the 42nd state to be admitted to the Union. The state capital is Olympia. Seattle is the largest city in the state. Washington is sometimes referred to simply as Washington state, to differentiate it from Washington, D. C., the nation’s capital.

Washington is the 18th largest state with an area of 71.362 square miles (184.830 km2) and the 13th most populous state with more than 7.7 million people. Washington’s majority live in Seattle, which is the capital of transportation, business, and industry. Puget Sound is an inlet of the Pacific Ocean that includes many islands, deep fjords, and bays created by glaciers. The rest of Washington is made up of the following: deep temperate rainforests to the west; mountain ranges to the west, central, and northeast; and semi-arid basin regions in the east, central, and south. These areas are dominated by intensive agriculture. Washington is second in population on the West Coast of the United States and the Western United States after California. Mount Rainier is an active stratovolcano at 14,411 feet (4.392 meters) and is the highest mountain in the state.

Washington is a major lumber producer. Its rugged terrain is home to stands of Douglas Fir, hemlock and ponderosa pine. The state is the nation’s largest producer of hops and pears, sweet cherries, spearmint oils, and blueberries. It also ranks high in the production and processing of grapes and apricots. Livestock, livestock products, and commercial fishing–particularly of salmon, halibut, and bottom fish–are also significant contributors to the state’s economy. Washington is second in wine production to California.

Washington’s manufacturing industries include aircraft, missiles, and shipbuilding. There are more than 1000 dams in Washington, including Grand Coulee Dam. These dams were built for various purposes, including irrigation, flood control, electricity generation, and water storage.

Washington is one of the most liberal and wealthy states in the United States. Washington consistently ranks amongst the top for low unemployment and life expectancy. Washington, along with Colorado, was the first state to legalize recreational and medicinal cannabis. It was also among the first to allow same-sex marriages in 2012. Washington is one of four states in the United States that allowed legal abortions to be performed on demand before Roe v. Wade, the 1973 Supreme Court decision that loosened abortion laws across the country, took effect in 1972. Washington also approved a 2008 referendum to legalize physician-assisted suicide. Washington is currently among ten states that have legalized this practice, along with Washington, D.C.

Washington is the most “northern” state in the lower 48 U.S. states and its northern border is the Province of British Columbia, Canada. The meridian runs north from the confluence of the Snake River River and Clearwater River. Except for the section at the Snake River’s southern end, the border is bounded by Washington. Oregon lies to the south and Idaho to the East. The Columbia River forms the western portion and the 46th Parallel the eastern. Washington was partitioned from Oregon by following the Columbia River east to the confluence of the Snake River. The original plan for the border would have followed that river east until it met the Snake River east. This was modified to preserve Walla Walla’s fertile farmland in Washington.

The Pacific Ocean lies to the west of Washington. Its northern boundary lies mostly along the 49th Parallel, then through marine boundaries via the Strait of Georgia and Haro Strait. The Strait of Juan de Fuca connects with British Columbia, and Canada to the north.

Washington is part of the Pacific Northwest region. This term refers to Washington, Oregon, and Washington. It may also include Idaho, western Montana, and northern California.

The large semi-permanent low-pressure and high-pressure systems in the north Pacific Ocean, North America’s continental air masses, and Washington’s Olympic and Cascade mountain ranges are major factors that determine Washington’s climate. The north Pacific Ocean is dominated by a high-pressure, anticyclone system in the spring and summer. This causes air to spiral out clockwise. Washington is impacted by the northwest winds, which bring cool air and a predictable dry season.

A low-pressure cyclone system dominates the north Pacific Ocean in autumn and winter. Washington’s prevailing winds are generated by the southwest and bring relative warm and moist air masses. Commonly, the term “Pineapple Express”, is used to refer to atmospheric river events. These are where persistent storm systems are directed from the tropical and near-tropical Pacific region into the Pacific Northwest.

Despite Western Washington’s similar marine climate to other coastal European cities, there are exceptions like the “Big Snow” events in 1880, 1881, and 1893 and 1916. There were also the “deep freeze” winters in 1883-1884 and 1915-1916. 1949-1950 and 1956-1956. Western Washington saw snowfalls of up to 6 feet (11.8 m), sub-zero temperatures (-18C), three months of snow on the ground, and lakes, rivers, and rivers that remained frozen for several weeks. The lowest temperature ever recorded in Seattle is 0 degrees F (-18 degrees Celsius) on January 31, 1950. However, low-altitude areas located three hours from Seattle recorded temperatures as low as -48 degrees F (-44 degrees C).Source for the information about the state of Washington: Wikipedia.