Data Services In The State Of Oregon

We Provide Data Services In All Oregon Cities

Get The Best Database Services

We provide data services to businesses and organizations in all state of Oregon cities. With over 34 years of experience in the database business and data services industry, Northwest Database Services can solve your specific database needs with top-quality service and affordable prices. Contact us at (360)841-8168 so we can discuss your data services project and then plan a data project that will meet or exceed
your requirements.

Oregon Cities We Serve Include:

Do You Offer Services In All Oregon Cities?

Yes we do offer our data services in all Oregon cities including Bend, Medford, Springfield, Corvallis, Gresham, Tigard, Albany, Lake Oswego, and all other Oregon communities.

What Is Data Normalization? 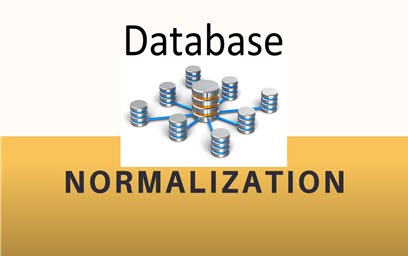 Database normalization refers to the process of structuring a relational database in accordance with a set of normal forms. This is done in order to reduce redundancy and improve data integrity. This was originally proposed by Edgar F. Codd, a British computer scientist.

Normalization is the process of organizing columns (attributes), and tables (relations), in a database so that their dependencies can be properly enforced through database integrity constraints. This is done by applying formal rules, either through synthesis (creating new database designs) or decomposition (“improving existing databases).

Codd’s 1970 first normal form had one goal: Data could be queried and modified using a universal data sub-language, which is grounded in first-order logic. SQL is an example of such language, but Codd considered it to be seriously flawed.

Codd outlined the objectives of normalization beyond 1NF, which is the first normal form.

If you attempt to modify (update/insert into, or delete) a relationship, there may be undesirable side effects in relations that haven’t been sufficiently normalized.

Material for this section was first published on the Database Normalization page on Wikipedia.

Our data services that include data cleaning, data cleansing, and data scrubbing, data deduplication, are all based on the database normalization concept from Edgar Cobb. We have the experience and skills to properly complete your data repair project, getting rid
of corrupt data. Contact us at (360)841-8168 for a complimentary consultation so we can determine what data services you require.

About The State Of Oregon 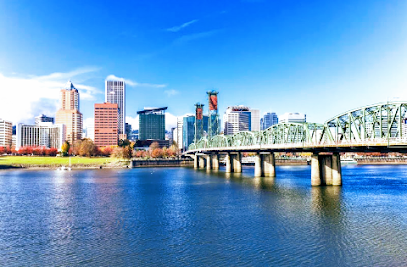 Before the arrival of traders and explorers, many tribes lived in this area. After American settlement in earnest began in the 1840s, Oregon Territory was established in 1848. On February 14, 1859, Oregon was made the 33rd state. Much of Oregon’s eastern and northern boundaries are delineated by the Columbia and Snake rivers.

Oregon has been home to humans for at least 15,000 years. The earliest recorded mentions of the land date back to the 16th century. The region was contested by European powers, including later the United States, until 1846 when it was finally divided by the United States and Great Britain. On February 14, 1859, Oregon was made a state. It now has over four million inhabitants.

There is extensive evidence to suggest Paleo-Indians lived in the area. However, Fort Rock Cave and Paisley Caves are the oldest places where evidence of human habitation has been found in Oregon. Luther Cressman, an archaeologist, dated Fort Rock material to 13,200 years ago. There is evidence that suggests there were inhabitants in the area at least 15,000 years before that date. There were settlements in the state by 8,000 BC. Populations were concentrated along the Columbia River, the western valleys, and the coastal estuaries.

The Willamette Valley was submerged by the fall of glacial dams at Lake Missoula in the prehistoric period. This lake is now Montana. These floods, which occurred during the last glacial period, flooded the valley with 300-400 feet (91-122 m) of water.

Oregon was home to numerous Native American groups by the 16th century. These included the Chinook, Coquille, Bannock (Ko-Kwell), Bannock, and Chasta.

Geography For The State Of Oregon

Oregon is one of thirteen states with two time zones. The majority of Malheur County lies in the Mountain Time Zone. While the rest of Oregon is located in the Pacific Time Zone.

The mountainous areas of Western Oregon, which include Mount Hood and three other prominent peaks, were created by volcanic activity on the Juan de Fuca Plate. This tectonic plate is constantly at risk of earthquakes and volcanic activity. The 1700 Cascadia earthquake was the most recent major activity. Mount St. Helens in Washington erupted on August 20, 1980. This was visible from Oregon and affected some areas.

The Columbia River forms part of Oregon’s northern boundary. It also plays a significant role in the region’s geological evolution as well as its economic, cultural, and political development. The Columbia River is North America’s biggest river. It is also one of only two rivers that cut through the Cascades. (The Klamath River in Southern Oregon is the other). The Columbia repeatedly flooded Oregon’s Missoula Floods 15,000 years ago. This is what has led to the Willamette Valley’s modern fertility. Celilo Falls and other parts of the river were hubs for economic activity for many thousands of years because of abundant salmon.

Oregon’s landscape today varies from the Coast Range rain forest to the southeast barren desert, but it still falls within the definition of a frontier. Oregon’s geographic center is farther west than any other 48 contiguous US states, although Washington is the westernmost point among the lower 48. The topography of Central Oregon includes high deserts and volcanic rock formations that result from lava flows. This region is home to the Oregon Badlands Wilderness.

Material for information about Oregon first appeared in Wikipedia