We Provide Data Services Including Data Cleaning In All Utah Cities

We provide data services, including data cleaning, to businesses and organizations in all state of Utah cities. With over 34 years of experience in the database business and data services industry, Northwest Database Services can solve your specific database needs with top-quality service and affordable prices. Contact us at (360)841-8168 so we can discuss your data services project and then plan a data project that will meet or exceed your requirements.

Utah Cities We Serve Include:

Do You Offer Services In All Utah Cities?

Yes, we do offer our data services  and data cleaning, data cleansing, and data scrubbing in all Utah cities.

Predictive analysis allows you to identify future trends based on historical data. In business, predictive analysis is commonly used to forecast future growth, for example. But it doesn’t stop there. Predictive analysis has grown increasingly sophisticated in recent years. The speedy evolution of machine learning allows organizations to make surprisingly accurate forecasts. Take the insurance industry. Insurance providers commonly use past data to predict which customer groups are more likely to get into accidents. As a result, they’ll hike up customer insurance premiums for those groups. Likewise, the retail industry often uses transaction data to predict where future trends lie, or to determine seasonal buying habits to inform their strategies. These are just a few simple examples, but the untapped potential of predictive analysis is pretty compelling.

Prescriptive analysis allows you to make recommendations for the future. This is the final step in the analytics part of the process. It’s also the most complex. This is because it incorporates aspects of all the other analyses we’ve described. A great example of prescriptive analytics is the algorithms that guide Google’s self-driving cars. Every second, these algorithms make countless decisions based on past and present data, ensuring a smooth, safe ride. Prescriptive analytics also helps companies decide on new products or areas of business to invest in.

You’ve finished carrying out your analyses. You have your insights. The final step of the data analytics process is to share these insights with the wider world (or at least with your organization’s stakeholders!) This is more complex than simply sharing the raw results of your work—it involves interpreting the outcomes, and presenting them in a manner that’s digestible for all types of audiences. Since you’ll often present information to decision-makers, it’s very important that the insights you present are 100% clear and unambiguous. For this reason, data analysts commonly use reports, dashboards, and interactive visualizations to support their findings.
How you interpret and present results will often influence the direction of a business. Depending on what you share, your organization might decide to restructure, to launch a high-risk product, or even to close an entire division. That’s why it’s very important to provide all the evidence that you’ve gathered, and not to cherry-pick data. Ensuring that you cover everything in a clear, concise way will prove that your conclusions are scientifically sound and based on the facts. On the flip side, it’s important to highlight any gaps in the data or to flag any insights that might be open to interpretation. Honest communication is the most important part of the process.

Find Out About Utah 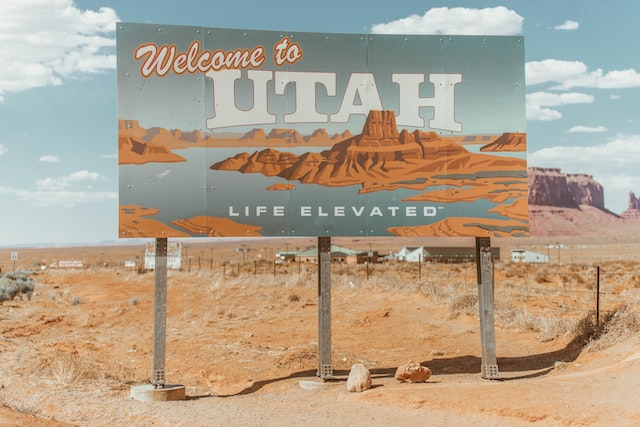 Utah is a state that is landlocked in the Mountain West subregion, Western United States. It is bordered on its east by Colorado, its northeast by Wyoming and its north by Idaho. To its south, Arizona and Nevada are its borders. Utah touches the southeast corner of New Mexico. Utah is the thirteenth largest U.S. state by area. It is home to more than three million people and is also the 30th most populous. The urban development is concentrated in two areas: Utah’s Wasatch Front, located in the northern part of the state and home to about two-thirds the population; Washington County, in the southwest, is home to more than 180,000 people. The Great Basin is home to most of Utah’s western half.

Utah has been inhabited since thousands of years by diverse indigenous groups, including the ancient Puebloans and Navajo. Although the area’s harsh geography and difficult climate made it an isolated part of New Spain and Mexico, the Spanish were the first Europeans who arrived in the middle-16th century. Although it was Mexican territory, most of Utah’s early settlers were American, especially Mormons fleeing persecution and marginalization from the United States. The U.S. annexed the area in 1848 after the Mexican-American War. It became part of the Utah Territory. This included Nevada and Colorado. Utah was not admitted to the United States because of disputes between the Mormon dominant community and the federal government. It was only after polygamy was outlawed that it became the 45th state.

Utah’s distinctive characteristic is its diverse terrain. The Wasatch Range runs through Utah’s northern third. It rises almost 12,000 feet (3,700m) above the sea level. Utah has world-famous ski resorts, which are popular for their light, fluffy snow and the frequent downpours of snow that can reach three feet overnight. The Uinta Mountains rise to a height of more than 13,000 feet (4000 m) in the northeastern region of Utah. Kings Peak is the highest point of the state at 13,528 feet (4.123 m). It’s located within the Uinta Mountain.

Utah has a semi-arid, desert climate. However, its mountains have a wide range of climates. The highest elevations in the Uinta Mountain are above the timberline. California’s rain shadow, the Sierra Nevada, is responsible for Utah’s dry climate. The Wasatch Mountains are the rain shadow for the eastern half of the state. The state’s primary source of precipitation is the Pacific Ocean. It lies in the path large Pacific storms between October and May. The Gulf of California monsoon moisture brings summer heat to the state, particularly southern and eastern Utah.

The 2020 U.S. Census estimated that Utah had a population 3,271,616. According to the U.S. Census Bureau, Utah’s population was 3,205 958 on July 1, 2019. This is a 16.0% increase from the 2010 U.S. Census. Utah County, in the city Lehi, is where the center of Utah’s population is found. The majority of Utah’s population lives in cities and towns located along the Wasatch Front. This is a large metropolitan area that runs north-south, with the Wasatch Mountains rising to the east. The Wasatch Front is seeing a lot of growth. The St. George metropolitan region is the second fastest growing in the country, after Las Vegas. Meanwhile, the Heber micropolitan is the second fastest growing in the country, just behind Palm Coast, Florida.

Utah’s economy is highly diverse, with many sectors such as transportation, education and information technology, research, government services and mining. Utah is one of the fastest-growing states since 2000. The 2020 U.S. Census confirms that Utah has experienced the fastest growth in population since 2010. From 2000 to 2005, St. George was America’s fastest-growing metro area. Utah is ranked among the top states for metrics like healthcare, governance and infrastructure. Utah has the highest median income and lowest income inequality in the United States. Due to climate change, Utah’s droughts have become more frequent and severe over time. This has put a strain on Utah’s water security, and negatively impacted the state’s economy.

Material for information about Utah first appeared in Wikipedia