We Provide Data Services Including Data Cleaning In All Texas Cities

We provide data services, including data cleaning, to businesses and organizations in all state of Texas cities. With over 34 years of experience in the database business and data services industry, Northwest Database Services can solve your specific database needs with top-quality service and affordable prices. Contact us at (360)841-8168 so we can discuss your data services project and then plan a data project that will meet or exceed your requirements.

Texas Cities We Serve Include:

Do You Offer Services In All Texas Cities?

Yes, we do offer our data services  and data cleaning, data cleansing, and data scrubbing in all Texas cities.

What Is the Process of Collecting Quantitative Data?

We now know what quantitative data is and can begin to imagine how analysts use it in real life. Before data can be analyzed, they must first be generated. How is that possible?

Scientists and psychologists, for example, will often carry out experiments to gather quantitative data and test hypotheses. A questionnaire might be developed by a psychologist to assess the relationship between social media use and self-esteem. Participants would be asked to rate the degree to which they agree or disagree with statements on a scale from one to five.

If enough people complete the survey, the psychologist will have a large collection of quantitative data (for instance, an overall self-esteem score per participant), which they can analyze.

Data scientists and data analysts are less likely than data analysts to perform experiments. However, they might send questionnaires or surveys depending on their sector. Data professionals work with “naturally occurring” data. This includes data such as sales figures or customer usage.

Data scientists and data analysts rely on specialist tools to collect quantitative data from different sources. Google Analytics will, for instance, gather data about your website. At a glance you can see metrics like how many page views you have per minute and the average session length. These are all useful insights that you can use to optimize your site’s performance.

Apart from Google Analytics, which is primarily used in the marketing industry, there are many other tools that can be connected to multiple sources of data at once. RapidMiner and Qlik can be connected to internal databases, data lakes and cloud storage. This allows you to access multiple data sources from one location.

Sampling refers to the process of selecting a portion of data from a large dataset instead of analyzing it all. Sampling can be useful in situations where it is simply impossible to study a whole population. It’s impossible to find data for all residents of New York, so it would be difficult to obtain data. Instead, you would analyze a representative sample.

There are two types: Random probability sampling where every unit in the overall dataset has the exact chance of being chosen (i.e. There are two types of sampling: Random probability sampling, in which each unit within the overall dataset has the same chance of being selected (i.e. Scientists and data analysts may use Python, a popular programming language, and other algorithms to extract large amounts of data.

Find Out About Texas 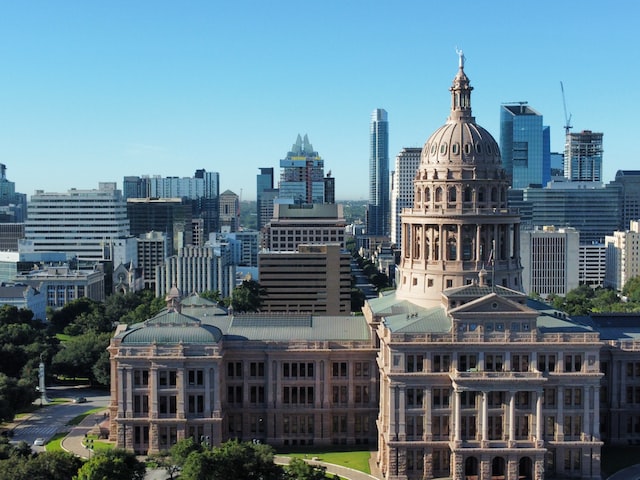 Texas is located in the South Central region. It covers 268,596 sq. miles (695.662 km2) and is home to more than 30,000,000 people in 2022. Texas shares borders with Louisiana to its east, Arkansas to northeast, Oklahoma to north, New Mexico and New Mexico to west. It also borders the Mexican states of Chihuahua and Coahuila to the south and southwest. The coast is with the Gulf of Mexico in the southeast.

Texas is located between the Plains and Southwestern cultural spheres in Pre-Columbian North America. Archaeologists discovered that this area was home to three major indigenous cultures. They reached their peak development before the arrival of Europeans. These included the Ancestral Puebloans, located in the upper Rio Grande area, west of Texas; Mississippian culture (also known as Mound Builders), which ran along the Mississippi River Valley east to Texas; and Mesoamerica civilizations, located south of Texas. The influence of Teotihuacan, northern Mexico’s most prominent figure, peaked at around 500 AD and decreased over the 8th through 10th centuries.

Texas is second in size, behind Alaska. It covers 268,820 sq miles (696,000.km2). It is 10% larger than France, nearly twice as big as Germany and Japan, and twice as big as the United Kingdom. However, it ranks 27th amongst the largest country subdivisions worldwide. Texas would be the 39th largest independent country.

Texas is located in the central part of the United States of America. Three of its borders can be described by rivers. The Rio Grande is a natural border to Mexico’s states of Chihuahua and Coahuila, Nuevo Leon and Tamaulipas. The Red River forms an natural border with Oklahoma to the north and Arkansas to its east. The Sabine River forms an east-facing natural border with Louisiana. Texas Panhandle borders Oklahoma at 100deg West, Oklahoma at 36deg30’ N, and New Mexico at the 103deg West. El Paso is located at the state’s western tip at 32deg North and the Rio Grande.

Texas’ large size and location at the crossroads of several climate zones makes it highly variable in weather. While the Gulf Coast experiences mild winters, the Panhandle has more severe winters than North Texas. Texas’ precipitation patterns are very varied. El Paso on the west end of Texas receives an average of 8.7 inches (220mm) annually of rainfall. Parts of southeast Texas get as high as 64 inches (1 600mm) per year. Dallas, in the North Central region, averages 37 inches (940mm) annually.

Texas’ gross state product (GSP), as of 2021-Q3, was $2.0 trillion. This is second in the U.S. It ranks 22nd in the U.S. with a median household income (MMI) of $64,034, and a poverty rate of 14.2%. This makes Texas the 14th most poverty-prone state in the United States, compared to 13.15% nationally. Texas is second in the world behind California, with its economy being the largest of any country subdivision.

Material for information about Texas first appeared in Wikipedia